I have a great job. I spent 23 years on active duty intermixed with an additional 4 years as a traditional reservist. After I retired from active service I worked as a government contractor for 2 years after which I left contracting for a job with the Department of Defense as a Department of the Army Civilian and I’ve been doing that for 12 years. Barring a few years in the late 70’s and early 80’s I have spent my entire adult life as a soldier or working with soldiers. I’ve been to the four corners, several countries in Europe, Asia, Netherlands, Middle East, Far East, and patches of remote solitude in the Atlantic and the Pacific. I’ve even had the opportunity to fly a P3-Orion a 1000 feet above the Atlantic off the coast of Iceland. Sadly I’ve never been to Africa or Australia. I’ve seen things and done things most cannot comprehend let alone understand with any level of acceptable acuity. Most of it was good and, as those who have walked this path know all too well, some not so good. Regardless, I cannot imagine anything this side of life as better. All in all, it is a life well spent.

At present—present as in “on this date that I am writing this”—I am at Fort Lewis, Washington; known today as Joint Base Lewis-McChord. Been here a few days on a temporary assignment and will head back to my normal duty station tomorrow morning. I’m wrapping things up and currently in a “wait-mode” for some final actions to be completed. My attention has been drawn to some activity outside the window. Two busloads of young soldiers are drawing their issue of needed equipment at a warehouse across the street. Most are very young and I suspect they have just arrived at Lewis-McChord after completing their Basic Combat Training (I think they may call it Initial Entry Training now) or maybe they have arrived from a previous duty station after completing their Advanced Individual Training. 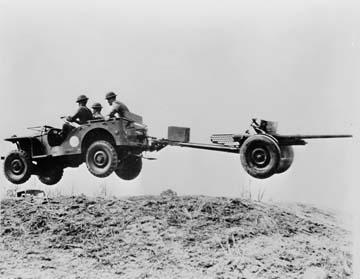 Their adventure is just beginning. Where they go from here, which unit they will be assigned to, or what their position will be in that unit is unknown to me. But I wish I could go talk to each and every one of them and offer up some hard-learned advice. But I would never do that. I remember what I thought when old retired soldiers came up to me and gave me advice when I was a young soldier just starting out; I had no need of their advice because I already knew everything I needed to know. They were an irritant to me. I see now that was a regrettable mistake; certainly a missed opportunity that could have made my life as a young soldier easier, a bit more accomplished, and much more fulfilling.

However, I wish I could bestow upon them words of wisdom; perhaps not wisdom but at least that bit of advice that we all need from time to time. I would tell them to pick their friends wisely. Just because a person wears the same uniform and is perhaps in the same unit does not mean they are trustworthy enough to be a trusted friend and confidant; a person you can trust to watch your back and who will run to your aid during times of trouble and hardship. Many are, but the “few” are not. The intent of the few is to deceive and take as much from others as they can by their self-serving interactions, to mislead and misdirect. Sadly, the ability to recognize these “few” comes only after being burned a few times.

I wish I could bestow upon them words of warning. That every personal action has a reaction and is sometimes emphasized with ill-fated consequences. We all make mistakes but not all have the integrity to “man-up” and take responsibility for our own actions.  Take note and check-fire on an attitude that can lead to that face to face encounter with the Command Sergeant Major.

I would tell them to take as much time as needed to identify the Warrant Officer, Non-Commissioned Officer, or Commissioned Officer that everyone respects, that everyone goes to when confused or in trouble, and after identifying that person to emulate their actions, their attitude, and their professionalism. By doing this they too will eventually become that person others seek out when dire circumstances warrant. They can be that trusted professional who by words, actions, and deeds, can change the course of a life.

Yea, that’s some of what I would tell them. But they are young and must learn from their mistakes just like we all did. I wish them luck, I wish them well, and I envy them; their adventure, if they have the foresight to see it as such, is just beginning.